Round anniversary - EkoOkna through two decades on the market 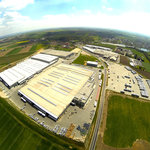 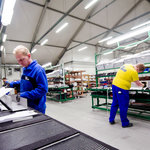 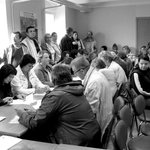 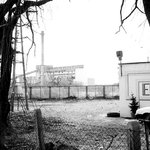 From a small window manufacturer to a giant in the production of window and door joinery. The history of the Eko-Okna company.

The history of the Eko-Okna company began in 1998. The production of windows initially took place in a hall with an area of 200 m2, and the company had its headquarters in Raciborz. It soon turned out that such a small space does not match the ambitions of this small but fast-growing window manufacturer. The company was constantly expanding its range, and the demand for windows was growing day by day. Therefore, the managerial staff started looking for a space that would give the company the chance to start production on a larger scale.

I started working in the company in April 1999. The headquarters of the company was in Studzienna, a district of Raciborz. Along with the boss two people were working in the office, and on production hall eight... it is hard to believe. After some time, the plant changed its headquarters. We moved to Łąkowa in Raciborz. Conditions were better, but space was lacking. That's why moving to Kornice, the grand opening of the hall and the office building is like moving from a tent to an apartment. 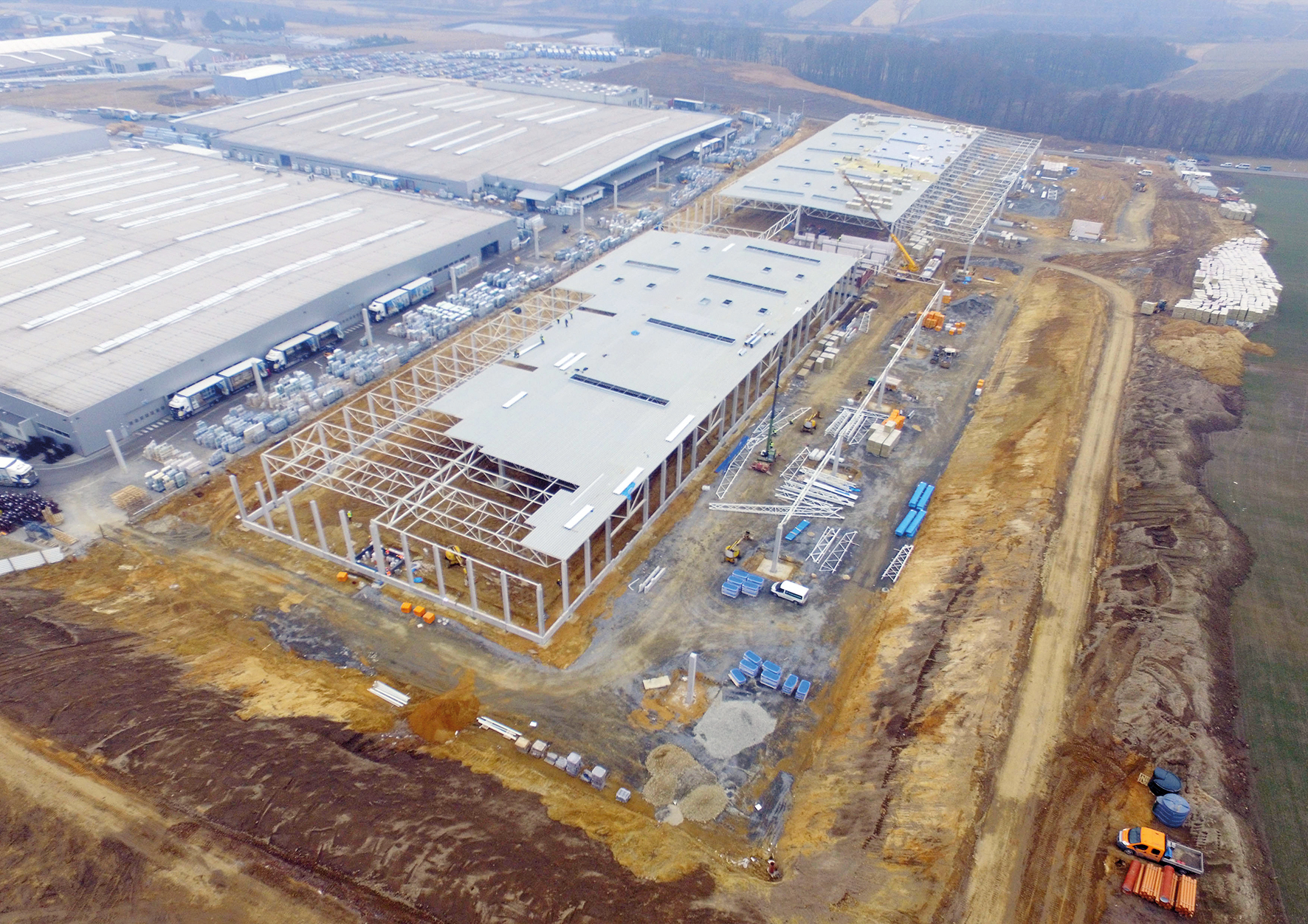 During their development, Eko-Okna changed the location several times. However, there was a lack of production space everywhere after a short time. The company grew in strength, began intensive recruitment, expanded its range, and daily production increased.

When I was starting my joinery with Eko-Okna in the company was working around 150 people and in office worked few, so we needed only one cake for birthday (laughs). Now, to modestly serve only the employees of my department, and this is not a large department, you need at least four. As for the specifics of work in the sales department, little has changed. But the product offer has changed. At the beginning, we had only one profile supplier and two window systems. What we now offer for clients, everyone knows, and the expectations and needs of the market are growing. Our offer is also growing with expectations. I think that such a dynamic development and rich product offer are the merit of Mr. Mateusz Kłosek. He reached the future and saw the great potential of the market. In us he implanted the principle that everything is possible.

Says Dorota Zagórska, Sales manager.
In 2006, the company opened a showroom and warehouse in Belgium and began expansion into foreign markets, and in 2009 it completed the construction of the first production hall in Kornice.

It was in this small town near Raciborz that we saw the potential. The space we had at our disposal allowed us to spread our wings, which is why we decided to build a hall in this place. It was a big step forward - we find out in Eko-Okna. Already at that time, the company from a small PVC window manufacturer gradually began to grow to the position of an international joinery manufacturer. All due to the multi-million investments in the machine park and the introduction of new products to the offer. The development of the offer and the market demand gave rise to the need for further investments. A breakthrough in the development of the company was the opening of a second production plant, the area of which occupied almost 20.000 m2. The opening of the plant took place in 2014. The following years brought new investments with them. A year later, the construction of the profile warehouse, paint shop and the fourth hall was completed.
Over the last twenty years, the company has also invested continuously in the transport department. The fleet of trucks increased year by year. It currently consists of 260 sets. - As the only manufacturer of joinery, we not only deliver the order to the place indicated, but also unload it. Each of our trucks is equipped with a forklift, and every driver has the privilege to use it. The client does not have to rent an additional team for unloading. Therefore, it saves not only time, but also money. It is worth mentioning that we were the pioneers in transporting forklifts on semi-trailers.

Says Łukasz Kucharczyk, Director of marketing and product development.
In 2017, a very important investment started on the premises belonging to the company. The construction of the Ready Product Warehouse has started here, with a usable area including office and social buildings of almost 30.000 m2. The warehouse further will improve the logistics processes taking place in the company. Scheduled construction is to be completed by 2018. As promised in Eko-Okna – this magazine is not over. 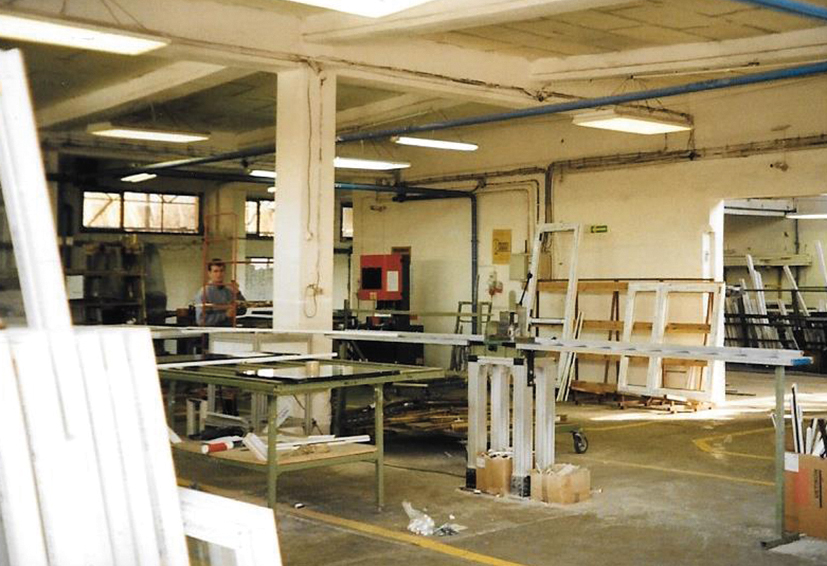 Eko-Okna today offers its clients windows, doors, gates, roller shutters, mosquito nets, facade blinds, residential fences - both steel and aluminum. For almost a year, English windows have been produced in Eko-Okna. In 2017, the company obtained a turnover, which allowed it to move to the position of a leader among Polish manufacturers of vertical windows. Despite this, it does not stay in place, but still climbs higher. The company has not yet put a dot on "i". Despite having the widest range of joinery, it has one of the most modern machine parks, an extensive car fleet, it is already planning new investments, is gaining more and more new export markets and develops new branches of production.

How does the chairman see the future of the company for the next 20 years and what would he want?

The company certainly will not settle on its laurels and will continue to grow. What would we want? Another such wonderful years and that the motivation, determination that has accompanied us in recent years, has accompanied us constantly. We are constantly looking for non-standard solutions and boldly grab the chances of doing something new. We know that we have allies around us, both among employees and business partners. Each of our success is also their success. We hope that our cooperation will be just as successful as before, and in 20 years windows from the small Kornice will conquer the entire world.