Hydro strengthens its Sunndal smelter with a NOK 750 million investment 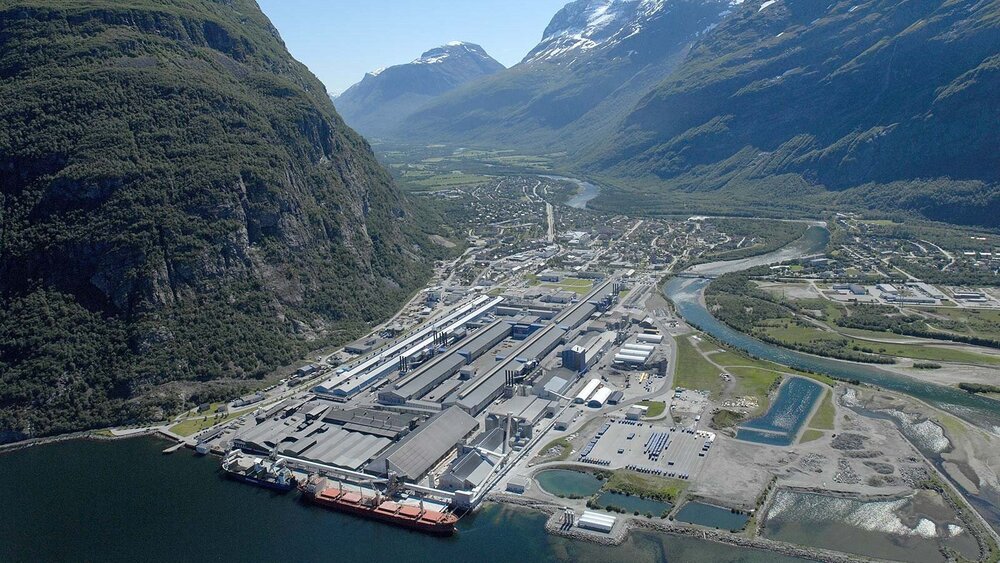 photo Hydro | Hydro Sunndal began production in 1954 and has a capacity of 450,000 tonnes annually.

Hydro has decided to invest NOK 750 million in Hydro Sunndal. The investment will strengthen the factory's position as Europe's largest aluminium plant and supplier of low-carbon aluminium for the next decades.

Hydro Sunndal in western Norway is Europe’s largest aluminium smelter and producer of low-carbon aluminium. An NOK 750 million investment in replacement and upgrade of the existing high voltage and rectifier system, new service cranes and electrification of selected operating vehicles will ensure this position remains for the coming decades.

This is an investment in the future of Hydro Sunndal and it shows our commitment to low-carbon, hydropower-based aluminium as an enabler for the green transition. Hydro Sunndal will continue to be a leading producer of Hydro REDUXA low-carbon aluminium to the automotive and building & construction segments for many years to come – says Executive Vice President in Hydro Aluminium Metal Eivind Kallevik.

Hydro Sunndal has two production lines for primary aluminium – SU3 and SU4 – with a combined capacity of 450,000 tonnes of liquid metal per year. The investment is targeted toward SU3, where seven new rectifier groups will be installed, securing robust power supply to the production line well beyond 2040. In addition, seven of the current operating vehicles will be replaced with electric vehicles, reducing diesel consumption by 250,000 liters per year and making a positive impact on emissions. Four service cranes will also be renewed.

Hydro Sunndal is not only the largest and most modern aluminium production facility in Europe, it is also an important cornerstone in the region, with more than 700 highly competent employees. The plant represents an important contribution to Hydro’s profitability and sustainability ambitions and will continue to do so in the future – says Kallevik.

This investment comes on top of the recent announcement to increase capacity by 35,000 tonnes at Hydro Sunndal, with a new, NOK 60 million casting furnace for production of foundry alloys. Both internal Hydro resources and external suppliers will contribute in delivering the project, which is planned to begin in June 2022 and is expected to be completed partly during spring 2024 and summer 2025. The investment is pending a final building decision, which is expected in the first half of 2022.
Source: www.hydro.com
#aluminiumsystems, #profilesystems

A Date For Your Diary

Embodied Carbon in Glazing and Fenestration

A new skylight, unique on a global scale, from ALUPROF. Light, energy and fire safety in one rooflight