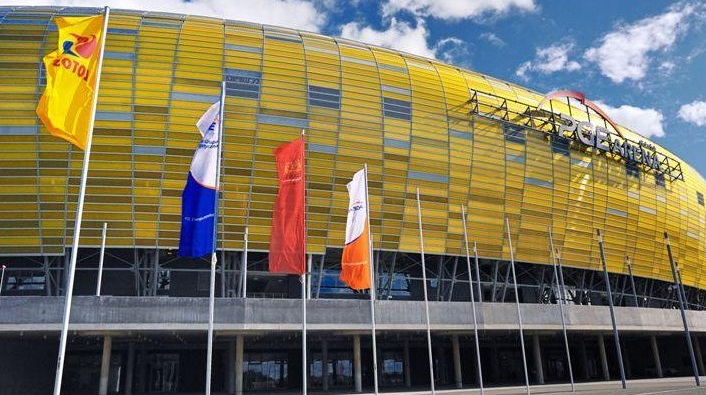 The 2020 UEFA European Championships are behind us now. They were certainly exceptional, and not only on account of the year they were held in, either. Much more important and far more interesting were the teams’ struggles and the many surprises served up to us by those less accustomed to the spotlight and by footballing giants alike.

The number of counties hosting matches and the many and varied stadiums this showed us added extra spice to this year’s championships. Rather than bid those football emotions goodbye, we would like to recall the Polish sports arenas developed for the 2012 EURO with bold architectural visions brought to life using innovative solutions by ALUPROF SA.

The Polsat Plus Arena, Gdańsk

Previously known as the PGE Arena and the Energa Stadium, this venue can hold 41 620 spectators. This year, it hosted the final of the UEFA Europa League, which saw Spain’s Villarreal and the UK’s Manchester United facing off against each other. The Polsat Plus Arena is one of the most important sports facilities in ALUPROF’s portfolio. The specific details of the project included a requirement for a new, dedicated roof system.

Dariusz Ruśniok, Chief Façade Systems Designer at ALUPROF, provides some insights: Given the roof’s unusual shape and its lightness, it was decided that polycarbonate and aluminium profiles should be used. A special, T-type purlin profile was designed to seal the structure. The profile was extended, making it possible to use a double sealing system. In view of the requisite air- and watertightness parameters, a closure in the form of an F-shaped profile was developed for the edge of the roof, along with a supporting profile to ensure adequate sealing in the guttering areas.

He goes on to add that: While we were designing the solutions for the stadium, we had to bear its proximity to the marine environment in mind. This meant that we set the bar particularly high in terms of quality requirements. All the fasteners and connectors were produced using top-end, A4/70 steel.

Four solutions which were already part of the ALUPROF range were also used for the stadium, namely, the MB-SR50N HI, the MB-78EI fire partition and two window and door systems, the MB-70 and the MB-45.

The underlying concept for this arena was to create an innovative facility, bold yet elegant in form, which would be associated with the dynamically developing regional capital of Lower Silesia. Designed by KSJ Architekci, it fits in perfectly with the urban fabric and has become an important point on the map of the city’s life. Apart from the UEFA EURO 2012 matches, it has hosted all kinds of events which have aroused enormous emotions, sporting and otherwise. Boxing superstars Tomasz Adamek and Vitali Klitschko went head-to-head a world heavyweight boxing championship fight there. World-famous bands like Iron Maiden, Linkin Park and Queen + Adam Lambert have given concerts there and George Michael appeared there with the Wrocław Philharmonic Orchestra.
The stadium is not only alive during major sporting and cultural events, though. Its main users are the Śląsk Wrocław football team and numerous other, smaller sports organisations.

Piotr Bury of JSK Architekci, who created the design, offers up some details: It’s the buildings set below the forty-thousand capacity stands that distinguishes Wrocław Stadium from other venues of the kind. Those two-storey facilities contain around ten thousand square metres of multifunctional space housing offices, a conference area and a gym. There’s even a kindergarten. The construction materials included the MB-SR50N and the MB-SR50N EI aluminium mullion and transom façade systems by ALUPROF and their MB-70HI window and door system. There are glazing systems the full height of the storeys and there’s a multi-storey curtain wall façade with integrated pivot windows that let natural air into the sleek VIP zone. We had another idea as well and, on the basis of that, a custom-designed profile was developed especially to meet our requirements.

Another sports facility designed by JSK Architekci is also the largest and most recognisable in the country. The PGE Narodowy stadium was built in the hollow left by the demolished Tenth Anniversary Stadium. It can hold 58 580 spectators at a sports event, a figure which increases right up to an audience of 72 900 for a concert! The ALUPROF solutions used here include the MB-70 and MB-45 window and door systems and the MB-78EI fire partition. The MB-SR50N was used to produce the glazed façade, supplemented by masking strips which were custom designed for the project. They are what made it possible to turn the spectacular visual effect of the architects’ vision into reality.

There, where sport and cultural stir the emotions

It is not only facilities which were initially created for the UEFA Championships co-organised by Poland in 2012 that feature systems by ALUPROF. They have also been used in other venues where sport and culture take people to emotional heights. Examples include the Ergo Arena up on the coast at the border between Gdańsk and Sopot, the Stadion Miejski Legii Warszawa im. Marszałka J. Piłsudskiego (the Marshal Józef Piłsudski Legia Warszawa Municipal Stadium) in Warsaw, which was known as the Pepsi Arena for a few years, the Arena Gliwice (Gliwice Arena) in the Silesian region of southern Poland and the Stadion Cracovii im. Józefa Piłsudskiego (the Józef Piłsudski Cracovia Stadium) in Krakow, in south Poland.
#aluminium_systems, #aluminium_facades, #aluminium_windows, #BielskoBiała
SPRAWDŹ OFERTĘ FIRMY 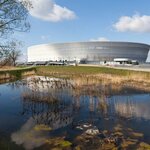 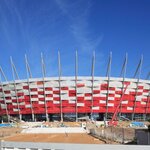 Night of Technology: Kuraray hosts for the first time

Smooth colours are the single most popular PVC-U foiled...