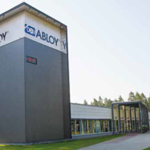 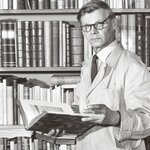 Did you know that ASSA ABLOY was created in 1994 by the merger of two separate companies, ASSA and Abloy? Here we explore the companies' origins, beginning with Abloy, a Finnish lock company dating back to the early 20th century.

Abloy can be traced back to what was to become the Abloy lock, invented in Helsinki by precision mechanic Emil Henriksson in 1907. He came up with the idea that a very secure lock could be designed using rotating discs, which must be set, using a key, in a particular position for the lock to be opened.
Large-scale production of Henriksson’s locks began in 1918 with the founding of Ab Låsfabriken-Lukkotehdas Oy, which soon changed its name to the shortened AB Abloy Oy. The business was purchased in 1923 by Maskin och Bro AB and in 1936 became part of the Wärtsilä Group, Finland’s largest industrial conglomerate, with a major stake in lock manufacturing.

In 1968, a significant development saw the construction of a new lock factory in Joensuu, which became a model factory in the Nordic lock industry for several decades. It served an important role for ASSA ABLOY in the 1990s, as a center for team building. By the early 1970s the business had expanded to employ 400 workers, with highly efficient production of lock cases, cylinders, padlocks, and keys.
In 1978, Abloy produced its first electronic lock, to secure the Bank of Finland’s printing works. However, the 1980s saw economic turbulence in Finland as formerly highly profitable trade with the Soviet Union collapsed.
Abloy Security appointed Matti Virtaala as CEO in 1992, who converted the lock business into an independent subsidiary, reorganizing it into business areas, and launching several major efficiency programs that slowed the decline in profit under adverse market conditions.

By 1993, what did Abloy have to offer? Dominant in the locks and fittings business in Finland and Norway, Abloy was also a leading European manufacturer of electromechanical and industrial locks. It had a strong international market share for padlocks and industrial cylinders for pay phones, as well as vending and gaming machines.
Abloy had entered the Norwegian market thanks to the acquisition in 1983 of Norwegian market leader TrioVing’s Locks and Security and VingCard’s Hotel Security. Ving was based on an invention by machine designer Tor Sørnes, who in 1975 launched recodable key cards, which soon came to be the world leader in the hotel industry under the VingCard brand. By 1993, 1 million of these locks had been installed in over 100 countries – about half of the world market. Trio, meanwhile, occupied a very strong position in the domestic lock market.
Abloy had therefore achieved international success in specific fields, but the large market for door locks for homes and offices was more or less closed outside Finland, specifically due to traditions and norms. Georg Ehrnrooth, who had established the Joensuu factory and later became CEO of the Wärtsilä conglomerate, began to consider the idea to merge or sell the lock business in order to gain the resources for international growth. The natural parties were Abloy, dominant in Finland and Norway, and ASSA, dominant in Sweden and Denmark. It was against this background that the stage was set for the creation of ASSA ABLOY.
This story is the first in a series of four about ASSA ABLOY's early years.
Source: www.assaabloy.com
#door_hardware, #door_locks