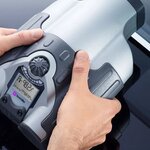 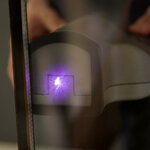 Over the years our Sparklike Handheld™ and Sparklike Laser™ devices have become the de facto world standard for gas fill measurement of IGUs.

For the longest time, IGU manufacturers around the world had to accept that measuring the extent of gas-fill in IGUs was both challenging, costly and time-consuming. Therefore, producers and quality control specialists around the world were eagerly looking for a solution. The challenge at hand was to increase both the number of tested samples as well as result reliability, without breaking the insulated glass windows.
The issue was addressed through cooperative efforts between university researchers, industrialists as well as entrepreneurs and it resulted in the development of a unique method. The end result of the cooperation was the commercialization of a method for non-invasive measurement of gas fill in insulated glass. The owner of this patented technology is Sparklike, who is the only supplier on the global market today that can deliver the technology and instruments to perform this task.
This year marks the 20th anniversary of Sparklike. Over the years our Sparklike Handheld™ and Sparklike Laser™ devices have become the de facto world standard for gas fill measurement of IGUs. In this second article, of our Sparklike 20-year anniversary series, we discuss the Sparklike technology as well as the applied research and the partnering entrepreneurs behind Sparklike. In our first article of the series, we described the advantages of gas fill for thermal performance and the developments in gas fill measurement.

The innovative entrepreneurs behind the technology

The partnering entrepreneurs behind Sparklike, Niklas Törnkvist and Mats Therman started to pursue their development idea in the year 2000. Earlier discussions at the Chemistry Department of the University of Helsinki had inspired the idea of looking into the possibility of applying spectrometry and plasma emission spectroscopes as measuring and analysing tools for measurement of gas fill in IGUs.

The first product, a semi-portable analyser, was developed in cooperation between university researchers and the entrepreneurs as early as in 2001. This innovation solved the challenge of testing. Sparklike´s aim was to commercialize the product – take it to market, introduce it to processors of insulated glass as well as to start the manufacturing process.
The first product was named GasGlass 1002. The same technology was later re-applied in 2006 when Sparklike Handheld™ (then Gasglass Handheld) was introduced to the market. The new and improved product was fully portable, and the team had been able to increase the accuracy even further.
The response from the target market – IGU-manufacturers, testing laboratories and window processors – was very encouraging. The technology was solid and the application both fast and accurate. As a tool for quality control, the new technology was unique and the product stood out as the only one of its kind allowing fast and accurate non-invasive sampling of IGUs.

The function of the Handheld device is based on igniting a high-voltage spark emission into the IGU. The emission creates a colour spectrum that provides information on gas content within the insulated glass. The results are displayed in the form of the colour spectrum as well as a numerical reading – the percentage of gas content in the IGU.
This reading is then compared with the prevailing standard set for the given market, in general over 90 % gas content. The method is fast and accurate and is nowadays used widely on double glazed units as measuring can be performed from the monolithic side of the IG unit. The non-invasive method can be repeated as many times as the quality system or the end-user requires. The limitation of the spark technology is that it requires at least one clear glass side on the IG unit.

With more than 1,800 Sparklike Handheld™ devices delivered to over 50 countries, Sparklike Oy has made a measurable and revolutionizing breakthrough with its novel niche technology. The application of the Handheld device solved an industry-wide IGU “measurement problem”.
Source: sparklike.com
#gas_analyser, #insulating_glass

Tecglass wanted to step ahead and open a window to their...

New EASYMARKER 30 series: Automatic glass marking up to a dimension of 30 mm

After the recent launch on the market of Marker 301T, the...

Walker Glass is pleased to announce the addition of two...

Managing Director of MKD32 Matthew Demmon has become the...

Worldwide Promotion of the International Year of Glass 2022