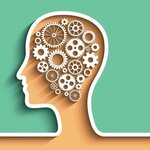 As labor shortages hang over the construction industry, builders and contractors ponder how they might use the latest technologies to replace human functions.

Five years ago, around 20% of builders reported they had begun to tinker with technologies like drones and 3D printers. Since then, robots have surfaced doing everything from installing studs, drywall and tile to laying bricks at a rate of 1,000 per hour. Now, engineers at Carnegie Mellon University are taking aim at a new purpose for robotics: installing windows.
In July, the university announced that in collaboration with YKK AP Inc. and under the leadership of Kenji Shimada, the Theodore Ahrens Professor of Engineering in the Department of Mechanical Engineering, a team of experts in its Computational Engineering and Robotics Laboratory are working on the project.
Shimada, whose research centers on computer modeling and simulation for product design, analysis and manufacturing, says his team’s goals include creating a robot that can install windows, „more efficiently than any human could”. At the same time, he admits that the undertaking, „is a pretty difficult task, because the window has to be perfectly vertical and aligned to the dimension described in the architectural drawing”. Even for expert installers the process, „might take 15 or 20 minutes to just put one window in the right position and orientation”, Shimada says. Nonetheless, his group is designing and building a robot with the goal of automating and cutting the task down to five minutes.

Regarding the question for whether or not robots will ever be capable of fully replacing human labor for window installation, Shimada suggests: In parts of the world, jobs in window installation are understated and it is a dangerous job by nature. Many people, especially young people, are not interested in working in the dangerous fields of construction, and this robot allows for more efficiency and safety in the industry.

At the same time, while the momentum of robotics development has taken decades to reach fenestration, there are indications that the construction industries are heading toward such options. For as much as 60 years now, robotic technologies have been utilized in manufacturing and by 1990 studies began pondering the feasibility for their use on construction sites. Five years ago, experts pointed to the falling cost for robotics as an inevitable sign that the technology would grow more prevalent in construction – some suggesting that by 2025 builders would cash in on 16% savings on labor costs by replacing human employees with robots.
In a report published last year by Omdia | Tractica, the research firm estimated that more than 7,000 robot assistants, infrastructure robots, structure robots and finishing robots will be deployed for construction by 2025.
Regarding how soon Shimada and his team might be able to deliver on a window-installing robot is unclear, but the lab’s other projects indicate the process could be incremental. In addition to robotics, his team is also collaborating with YKK AP on a 3D sensor designed to make measuring and scaling for windows easier by using high-end laser scanners. When aimed at a wall, scanners will produce millions of measurable points – a tool that might make some professional installers set aside their tape measures.
source: www.dwmmag.com
#window_installation, #WindowInstalling_Robots